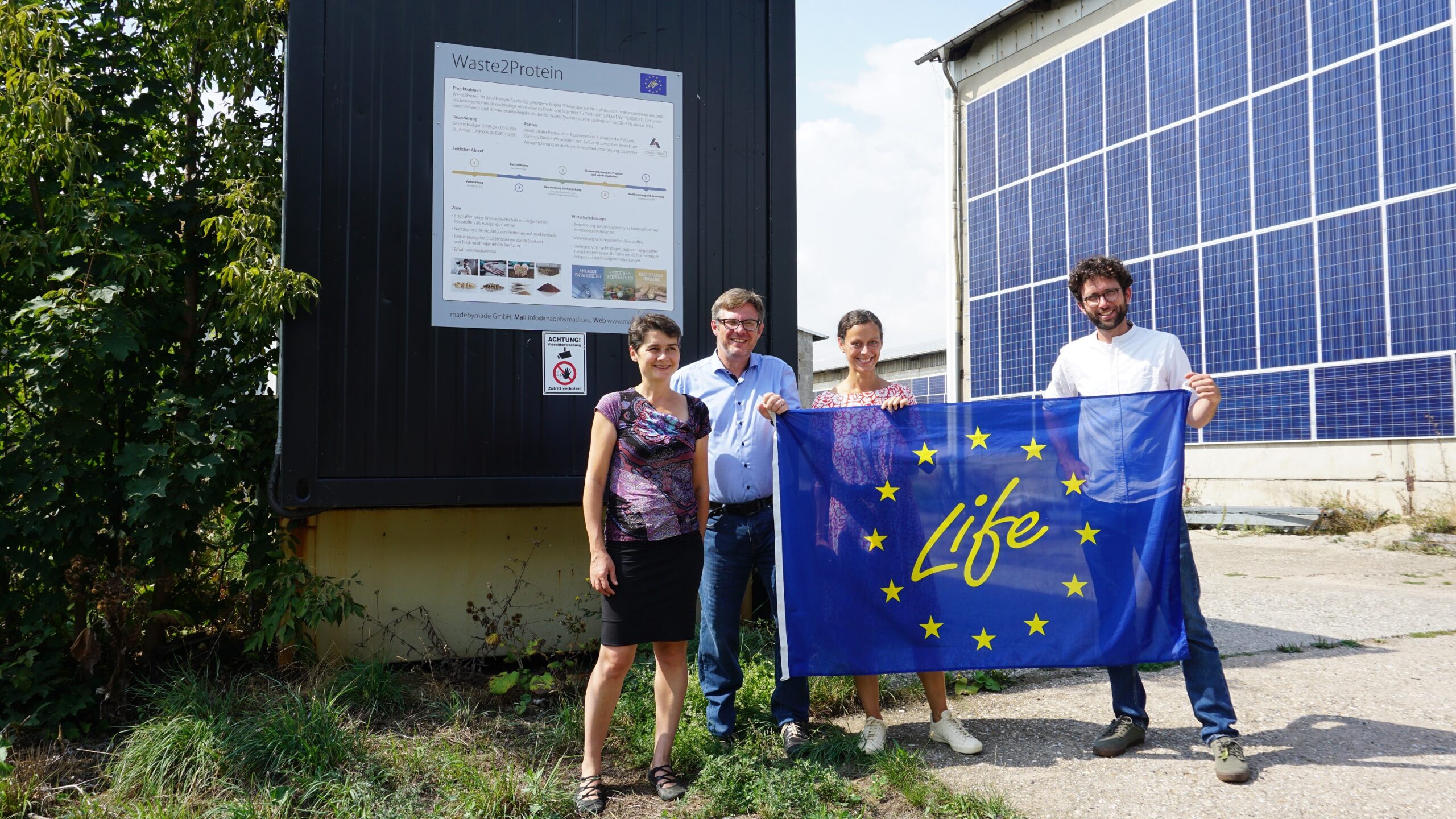 The SPD member of parliament from the Leipzig district, Franziska Mascheck, visited our insect breeding facility last Friday together with Dr. Martin Rosemann, SPD spokesman for labor and social affairs, and Daniela Kolbe, deputy chairwoman of the DGB Saxony. Dr. Martin Rosemann, visited companies of different types throughout Germany last week, those that are currently facing and will face major challenges in the future, those that are affected by structural change, and also those that offer innovative solutions. madebymade combines these topics: in the former lignite area of Central Germany, proteins are produced in a circular economy, which address the future protein shortage. During the joint lunch, CEO and founder Dr. Jonas Finck explained the path of madebymade from its founding in 2017 until today and the special features of the black soldier fly. Afterwards, the insect breeding facility was visited and all individual production steps were explained. Martin Rosemann, Franziska Maschek and Daniela Kolbe were very interested in the industrial insect breeding, there was a lively exchange from the beginning, which continued during the tour of the production. The madebymade team thanks for the visit and the friendly exchange